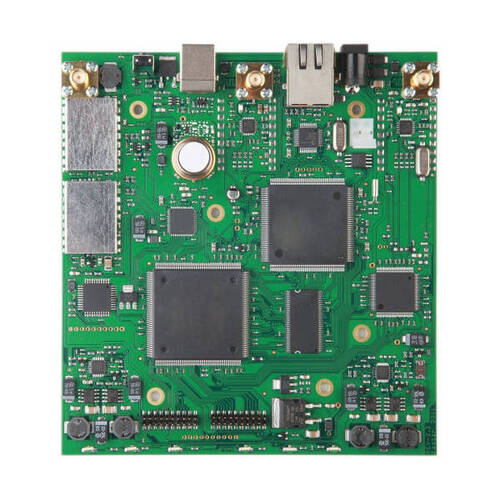 UHP-1100 satellite router (previously known as UHP-1000-CM) is a universal component of highly-efficient satellite networks of any operation mode or topology. UHP-1100 router can work as an SCPC modem with the satellite carrier fixed or assigned on-demand. It can also be a mini-hub or a remote station in TDM/TDMA network or any node (master or slave) in a fully meshed Hubless TDMA network.

UHP-1100 is implemented as a compact single card ideal for integration into third-party OEM products. It is fully compatible with any other satellite routers of the UHP series. The router card has LED indicators, SMA or F type IF connectors and user LAN interface. Optionally, the router card can be equipped with the asynchronous LVTTL data port. Low power consumption and uniquely fast start upon power-up facilitate use of alternative power sources, such as solar batteries.

UHP-1100 is a high-performance satellite router for a wide range of applications, such as enterprise networking, videoconferencing, distribution and contribution of video, voice and data trunking, cellular backhaul, and broadband Internet access.