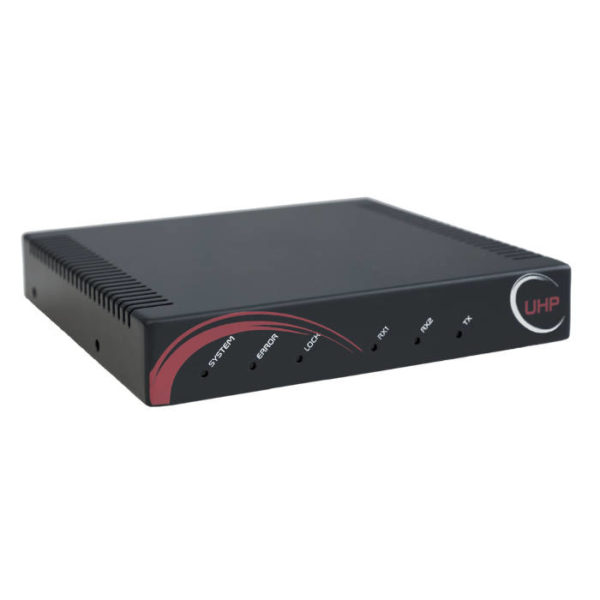 High-Throughput Satellites (HTS) open unprecedented opportunities for networking over satellite. UHP-100 is a high-performance router designed specifically for large-scale deployment in broadband VSAT networks operating over HTS. This product combines the Universal Hardware Platform (UHP) architecture, which was developed in the previous generation of the award-winning UHP product line, with the state-of-the-art semiconductor technology. The result is its unique performance. Not only UHP-100 can process 200,000 IP packets per second, 225 Mbps of traffic and two 65 Msps carriers, it can do this in a super-compact size, with low power consumption (less than 10W) and with best utilization of the precious satellite resource, as evidenced by up to 32APSK modulation, 5% spectral roll-off, adaptive modulation and coding, adaptive power control and 96% efficient TDMA protocol.

UHP-100 is equipped with two high-speed demodulators together with their independent IF inputs and front ends. These can simultaneously receive two carriers transmitted via two different satellite beams, which can even be in different frequency bands. The dual demodulator in conjunction with a built-in advanced beam switching algorithm facilitates seamless roaming of mobile satellite terminals between distinct beams of HTS satellites.